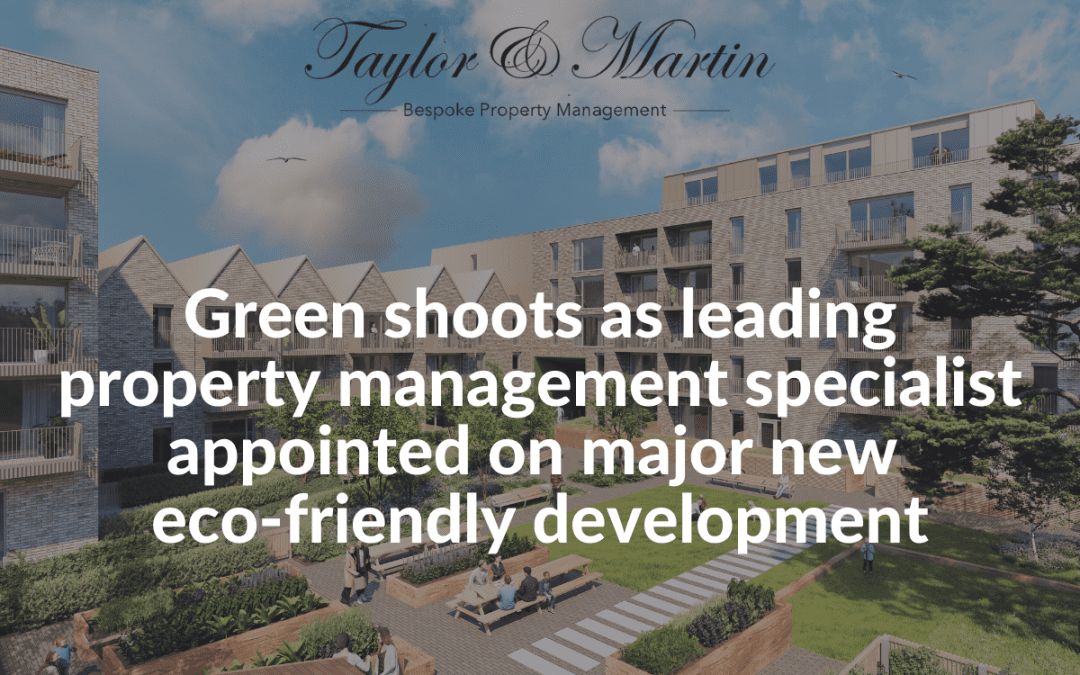 Taylor & Martin has been appointed by Artisan Real Estate as the factor for their new landmark development, Rowanbank Gardens in Corstorphine.

Taylor and Martin, which has experienced significant growth during the pandemic in Glasgow and Dundee as well as the capital, will support the 126 new homeowners with the upkeep of shared property – including the central courtyard garden which is the focal point of a development which is designed to create an environment that builds a close-knit community.

Director Michael Martin, who founded Taylor & Martin alongside Marc Taylor in 2013,  said: “With green roofs and large accessible gardens, this is an exceptional development driven by sustainability.

“Reducing carbon output is incredibly important to homeowners. We’re pleased to provide our expertise to ensure that the well designed sustainable solutions that attract homeowners to purchase, including a large communal garden with fruit trees and growing beds, as well as  green roofs, remain at a high standard.

“It’s exciting to be involved in the industry as it begins to increasingly prioritise low-carbon initiatives.”

The factor will also be responsible for maintaining all-electric charging points for the provided car parking and secure cycle parking.

This is the latest in a string of project wins for the company which last year opened its Edinburgh office and appointed David Jones to head the company’s East Coast operations.

With more than 2,500 properties already under management, a strong pipeline means it’s forecast that this will increase by more than 50% in the near future. Since March 2020 the business has grown turnover by almost 50% and added four new members of staff to bring the team to 10.

To make sure its service is both transparent and cost effective for clients, Taylor and Martin’s pricing structure is based on a flat management fee rather than commission.

Michael added: “Our approach and steadfast commitment to service has been justified by these high profile appointments.

“In just a year since David’s appointment, we have significantly grown our footprint in the East Coast and continue to make significant progress in Glasgow.

“While we’re proud to be trusted by major developers, that is because of our commitment to homeowners to make sure they are getting the best possible service.”

Keep up to date with more Taylor and Martin news here.